Crystal Planet begins as a five-issue series. The first print edition of each issue is being released as a prestige format limited edition collectible comic book, featuring cardstock covers, specialty foil treatments, glossy pages, and individual numbering. Each first printing will be limited to 1998 copies at $19.98.

ORDER ISSUE 1 »
Experience a vivid space odyssey where Satchel Walker, a man out of time, finds himself caught between desperate factions as they battle for resources in the perilous orbit of a dying star.

ORDER ISSUE 2 »
Satchel Walker's world is about to be turned upside-down in ways he could never have imagined. Issue #2 will bring his futuristic, battle-torn nightmares closer to reality and re-unite him with his father's strange and powerful guitar.

ORDER ISSUE 3 »
Everybody loves vintage guitars. What about guitars from the future? Satchel's got one that can destroy incomprehensible enemies and restore order to the universe with a sound that he alone can conjure from it. Guitars are cool.

ORDER ISSUE 4 »
As it turns out, the future on Crystal Planet is much like the music business on Earth these days, that is to say, totally unpredictable and chaotic! Add the evil Swarm to the mix, and it's positively explosive. Hey Satchel, it's time to turn on and tune up the Time Shredder!

Character profile "trading cards" are revealed as the issues come out. Click on the image to view the character bio and key details. Check back for more!

Every issue of Crystal Planet comes with a custom Spotify playlist curated personall by Joe to stimulate your sci-fi vibes. The songs are a representation of the emotions of the characters and the music brings a sense of humanity to the story that might seem a little fantastical from the outside looking in. Check them out!

"Funny how things get their start. July 1994 I'm on tour with Deep Purple and I'm warming up with my guitar backstage in a bull's isolation cell at the Plaza de Toros in Gjion, Spain. Then and there I start writing the opening riff to a song that will become "Crystal Planet" and a few years later it's the title track for my '98 album release. Fast forward to 2013, friend and fellow guitarist Ned Evett makes an animated sci-fi video for my song "Lies and Truths" using artwork from my "Joe's Art 2013" book. We projected that video on a 30ft. screen every night of the Unstoppable Momentum Tour. It was a hit with the fans which got us thinking we could expand the clip into a "Crystal Planet" sci-fi epic. Ned and I formed Satchtoons, a company focused on creating animated content, and we got to work on scripts and demos for the "Crystal Planet" pilot. Seven years later, thanks to Llexi Leon and Heavy Metal, here we are with our first comic book series! Llexi and I had worked together on his awesome "Eternal Descent" comics, and by coincidence we met again when Heavy Metal published a short excerpt of "Crystal Planet" adapted by Brendon Small for the magazine's 2019 music issue. Both Ned and I love working with Llexi and the Incendium creative team, they bring so much artistry and expertise to our time-traveling adventure. I am thrilled to finally offer our fans the first full issue of what will ultimately be a three novel trilogy." - Joe
"Crystal Planet is a thrilling rollercoaster through space and time, it's Mad Max Vs TRON - with guitars! This has been an incredibly rewarding project to bring to fruition, digging deep into the lore behind one of the greatest instrumental rock records. Working with Joe has always been a pleasure, having collaborated in comics with Eternal Descent years ago his love of the medium is well known." Llexi Leon says, "There was a treasure trove of concepts and character exploration compiled over decades by Joe and his writing partner Ned that formed the basis of this project, with the ultimate goal to take fans on a journey to Crystal Planet for the first time. Tony, Richard, Carlos, and Jacob have done a tremendous job realizing an incredible world and telling it's story. It's fitting that our publishing venture with Heavy Metal would begin with a space faring time travel adventure!"

The world of Crystal Planet will extend beyond the printed page into toys and collectibles. A Joe Satriani Crystal Planet action figure is also available to pre-order now for $29.95, featuring Joe in a Tri-Diver suit from the comics with his signature Crystal Planet Ibanez guitar. Shipping May 2021.

About Ned Evett: Ned Evett is a writer, animator, and inventor of the Glass-Necked fretless guitar. He has built custom Glass-Necked guitars for John Frusciante and John McLaughlin. He is the winner of the 2003 North American Rock Guitar Competition. He co-founded Satchtoons LLC with Joe Satriani in 2014, a creative incubator that develops original animated and live-action content. He is currently finishing a film degree at the David Lynch School of Cinematic Arts.

About Writer Tony Lee: A #1 New York Times Bestseller and Eagle Award winning graphic novelist and screenwriter, Tony Lee's numerous credits include Doctor Who, Star Trek, Superboy, 2000AD, Spider-Man, X-Men, Battlestar Galactica, Shrek, Wallace and Gromit, Megadeth and Ozzy Osbourne among many others. Tony also works in television, film and audio where he has written for BBC One and Amazon UK / Audible, as well as working with both US and UK producers and studios as a go-to 'script doctor'.

With 33 years experience as a professional writer, Tony has created stories in pretty much every visual medium. In 2010 he became a #1 New York Times Bestseller for his graphic novel adaptation of Pride and Prejudice and Zombies. In 2014 his Doctor Who / Star Trek Graphic Novel 'Assimilation Squared' reached #2, and in 2019 his full cast audio drama of Dodge & Twist was #4 in the New York Times Audiobooks Bestselling List.

About Artist Richard Friend: Multi Eisner Award nominee and recipient of the Comic Con International Inkpot award 2018. Richard Friend is a 20- year veteran of the comic industry working on titles like Batman The Dark Knight, Justice League, and Wild Cats. No stranger to fusing comic books with hard rock, Richard has more recently worked on Iron Maiden: Legacy Of The Beast, and Megadeth: Death By Design. His love for both music and art is well known with his fans and Richard has been a guitar player since he was 11 years old. Crystal Planet is the perfect challenge to feed his love for both guitar music and sequential artwork! 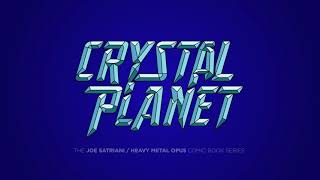 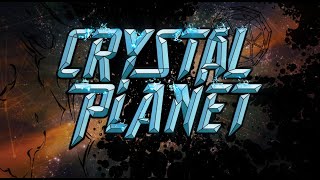 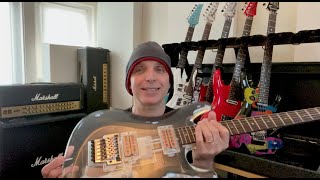 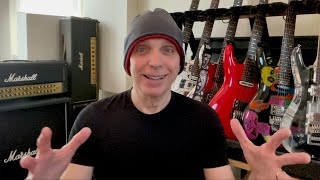 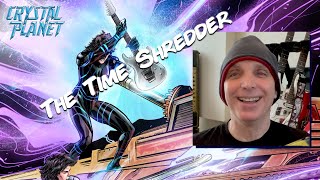 The Evolution of the Time Shredder! 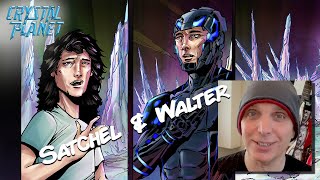 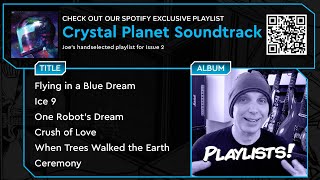